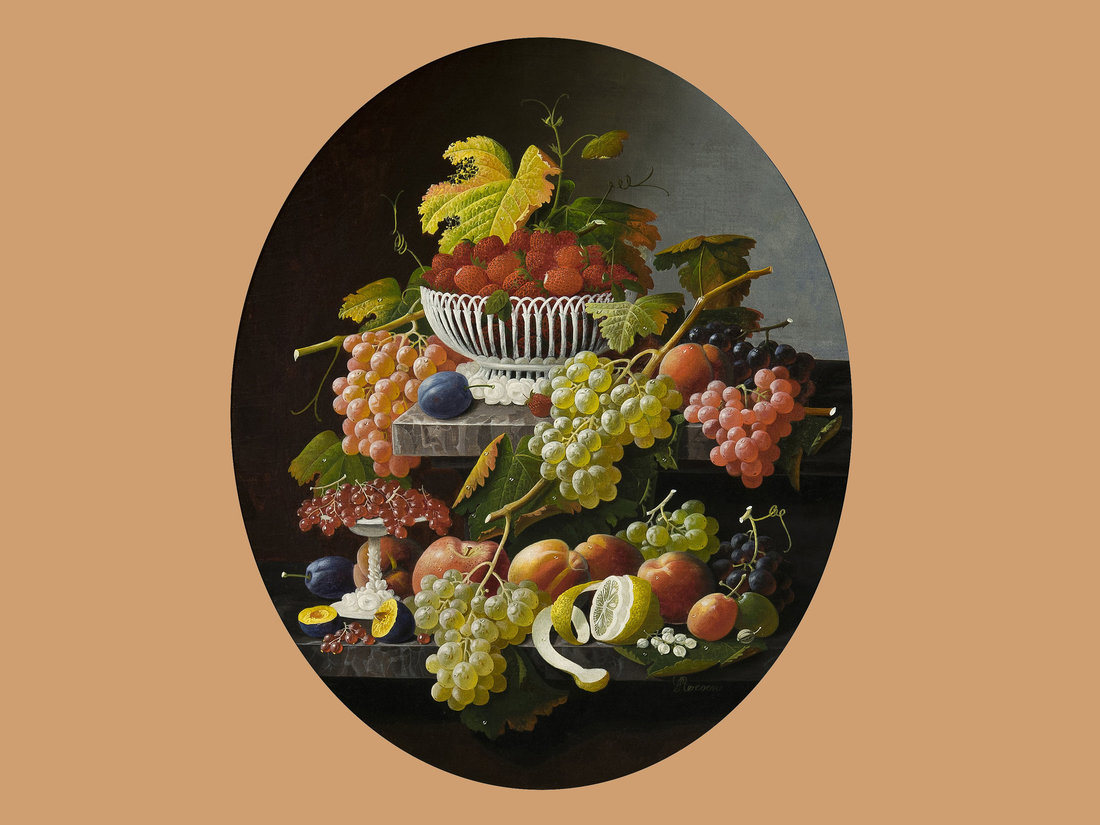 In the wake of the murder of George Floyd, museum staff members began discussing how to build upon recent exhibitions and programs to embark on a more sustained and comprehensive effort toward becoming an antiracist institution. This semester, new installations in the King Sculpture Court and Northwest Ambulatory mark the first curatorial steps in this process.

In the Northwest Ambulatory, “How can Museum Labels be Antiracist?” pairs two American paintings made immediately following the Civil War (1861-1865): Still Life with Fruit by Severin Roesen and The Present by Thomas Satterwhite Noble. Throughout the academic year, Assistant Curator of European and American Art Alexandra Letvin will take different approaches to interpreting these paintings within an antiracist framework, based in part on feedback from visitors and online audiences.

Visitors to the King Sculpture Court will see a statement, drafted by AMAM curators, declaring their intention this year to better research, understand, and honor the history of the Native Americans on whose land the museum was built. To draw attention to the role that art and museums have played in the erasure of Indigenous peoples and their histories, this statement appears above Frederick E. Cohen’s painting of the Bentley Simons Runyan Family in front of their home in Mansfield, Ohio.

A new object label for the work encourages visitors to think critically about the depiction of land in the painting. Mansfield had been founded in 1808 on land ceded to the U.S. government as part of the 1805 Treaty of Fort Industry with the Wyandot, Ottawa, Chippewa, Munsee, Delaware, Shawnee, and Potawatomi nations. By the time Runyan moved there, it was a booming city and he built his home in the center of town. But Cohen depicts Runyan as if imposing order on land recently cleared for him. The limitless blue sky, attractive young family, and budding plant life present white settlement of the region as something natural and optimistic, while the surrounding forest propagates the fiction of Ohio country as an uncharted, uninhabited wilderness.

See How can Museum Labels be Antiracist? to comment on the object labels or suggest additional questions to explore.