FRONT Triennial returns to Oberlin with installation by Ahmet Öğüt

FRONT Triennial returns to Oberlin with installation by Ahmet Öğüt 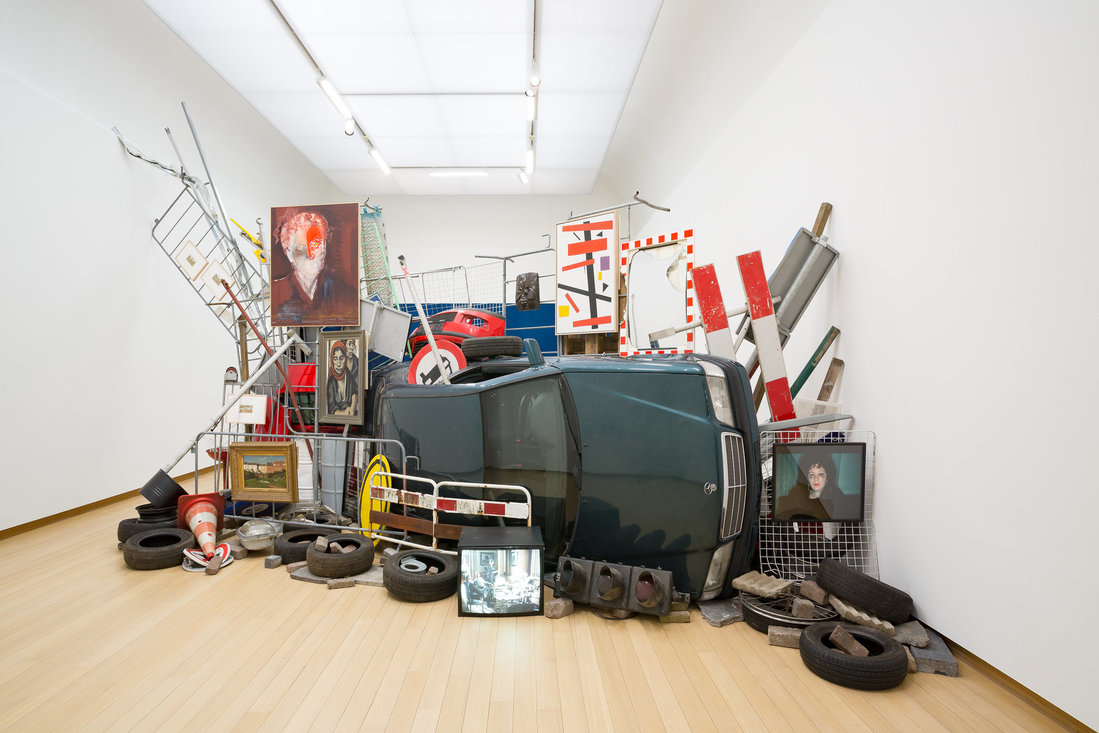 As Prussian troops prepared to crush the 1849 socialist uprising in Dresden, anarchist thinker Mikhail Bakunin proposed that paintings from the National Museum be placed in front of the barricades, reasoning that Prussian soldiers wouldn’t dare destroy the works to breach their defenses. Inspired by Bakunin’s never realized proposal, artist Ahmet Öğüt has created site-specific “barricades” featuring works from museum collections in Dresden, Copenhagen, and Paris.

This summer, Bakunin’s Barricade is on view for the first time outside of Europe as part of the FRONT International: Cleveland Triennial for Contemporary Art. The Allen Memorial Art Museum hosts the installation, which questions the function of art in times of social and political change. While speculating how far museums really would go to advance social justice, Bakunin’s Barricade offers a fulcrum point against the backdrop of recent global conflicts. Öğüt collaborated with an attorney to draw up a contract (displayed with each iteration) stating that, should an uprising take place in the future, citizens may make use of the barricade and its associated artworks. The contract is valid only if the museum signs it and thereby purchases Öğüt’s work.

Born in Turkey in 1981, Öğüt’s artistic practice includes video, photography, and installation. After studying fine arts at Hacettepe University in Ankara, he earned a master’s degree in art and design at Yildiz Teknik University in Istanbul. As a sociocultural initiator, artist, and lecturer, Öğüt often uses humor and small gestures to comment on serious social issues. He has exhibited widely, with recent solo shows at Kunstverein Dresden and Kunsthal Charlottenburg, and group shows in the 2021 Asia Society Triennial, the Stedelijk Museum Amsterdam, and the Seoul Museum of Art. Öğüt represented Turkey at the 53rd Venice Biennale in 2009.

Launched in 2018, the FRONT International is a contemporary art exhibition across Northeast Ohio comprised of artist commissions, performances, films, and public programs. Its second iteration, Oh, Gods of Dust and Rainbows, builds on the successes of the first triennial to stimulate new and sustained cultural conversations within the region.