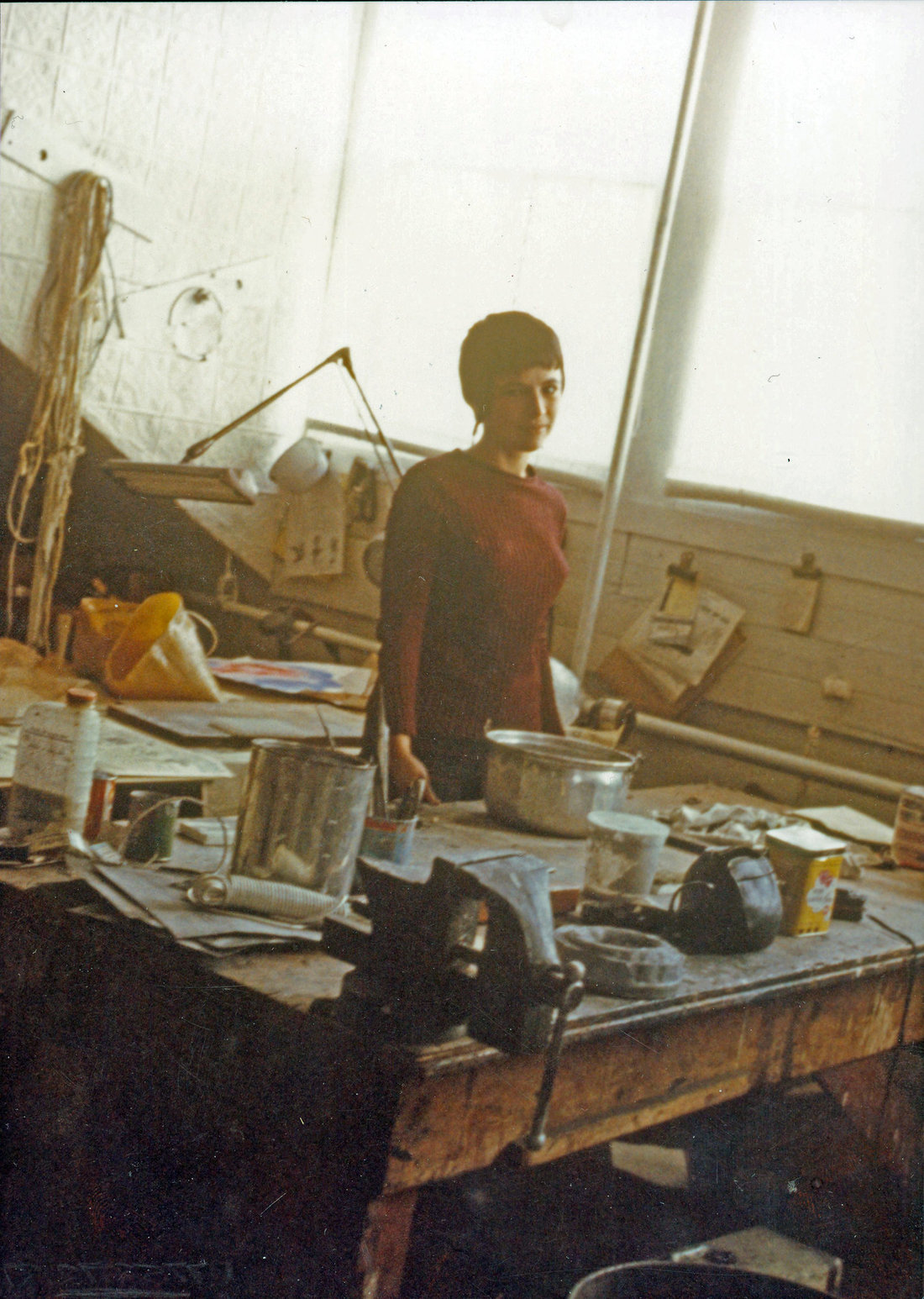 Eva Hesse: Oberlin Drawings, a catalogue of the artist’s works held by the Allen Memorial Art Museum at Oberlin College, has been selected by the New York Times as one of its Best Art Books of 2020. Published by Hauser & Wirth, the 428-page book reproduces for the first time 350 drawings and works on paper by Hesse in the Allen’s extensive collection and in its Eva Hesse Archive of 1,200 items donated by the late artist’s sister, Helen Hesse Charash.

“When Eva Hesse died at 34 in 1970, she left behind an influential body of sculpture as well as a mass of drawings and works on paper whose extent is sumptuously revealed by this monumental volume,” co-chief art critic Roberta Smith wrote of her selection of the book for the New York Times list.

Born in 1936 in Hamburg, Hesse and her family fled Nazi Germany and ultimately settled together in New York in 1939. Hesse studied at the Pratt Institute of Design, Art Students League, Cooper Union, and Yale University. After graduating from Yale, she moved back to New York in 1959, where she met many young artists, including Sol LeWitt, who became a close friend and mentor. In 1965, in a dramatic departure from her previous work, Hesse began making freestanding sculpture—organic forms in latex, fiberglass, rope, wire, and other materials.

In 1968, Hesse spent two days as a visiting artist in the Oberlin College Art Department. Art history professor Ellen Johnson and AMAM curator of modern art Athena Tacha staged an impromptu exhibition of her drawings in the halls of the classroom building. The following year, as Hesse’s work began to achieve major recognition—an exhibition at the Whitney Museum and a purchase by New York’s Museum of Modern Art—she was diagnosed with brain cancer and underwent two surgeries. Hesse died in 1970, as the Allen was finalizing the purchase of Laocoön, a major freestanding sculpture that had never been shown publicly.

Oberlin’s early interest in Hesse’s work motivated Helen Hesse Charash, the artist’s sister, to consider the Allen as the repository for photographs, journals, notebooks, and other material related to Hesse’s career. Over a number of years, Charash generously donated both archival materials and artworks by Hesse. Today, the Eva Hesse Archive numbers about 1,200 items, providing a resource for students and art historians. 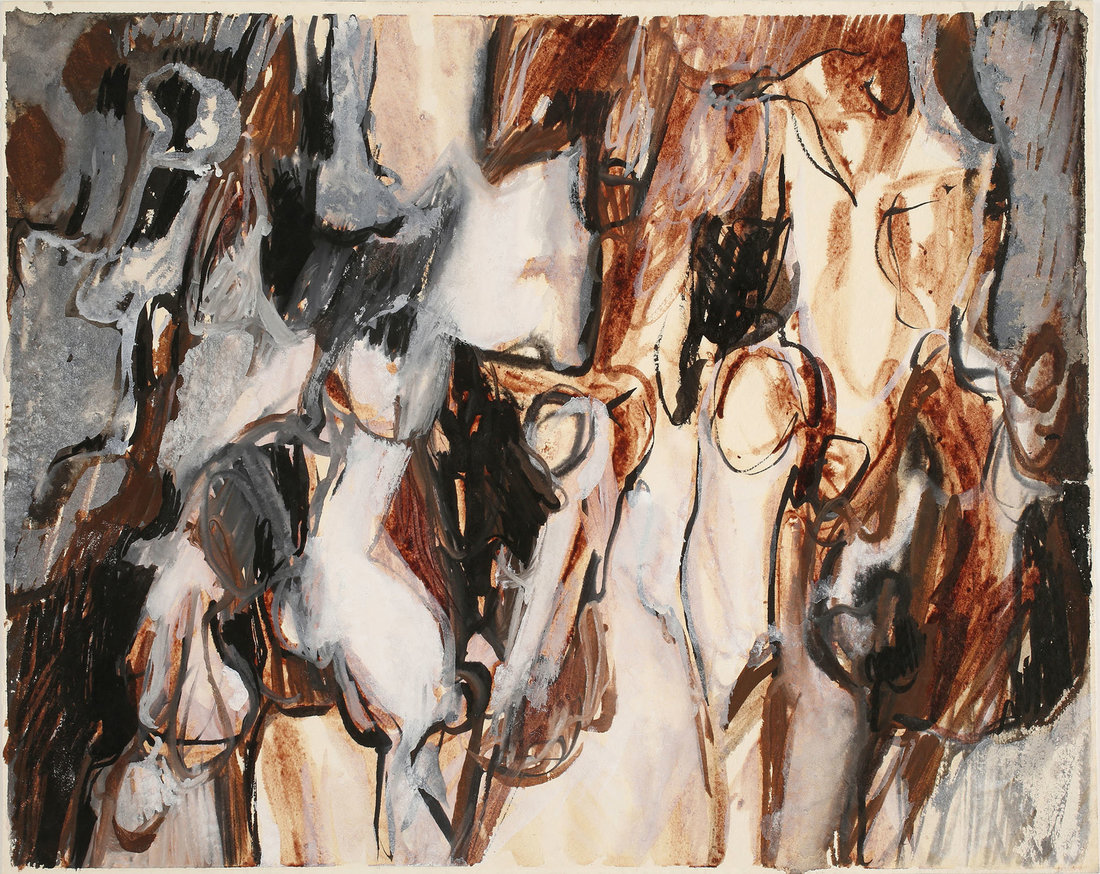 Eva Hesse: Oberlin Drawings features works on paper from 1952 to 1970: her earliest drawings, which chart the origins of her enduring engagement with the medium as a primary site for her experimentation with new ideas and processes; drawings from her first mature bodies of work, in the early 1960s; drawings she made in Germany in the mid-1960s, which include collages in an abstract expressionist mode—“wild space,” as she named them in a letter to Sol LeWitt; so-called “machine drawings” from the same period; and a selection of working sketches and diagrams from 1967 to 1970, which shed light on some of Hesse’s most significant sculptures.

Edited by Barry Rosen, manager of the Eva Hesse estate, the book accompanied the 2019–20 exhibition Eva Hesse: Forms Larger and Bolder, curated by Rosen and Andrea Gyorody, the Allen’s Ellen Johnson ’33 Assistant Curator of Modern and Contemporary Art. The exhibition traveled to Museum Wiesbaden, Hauser & Wirth New York, and mumok in Vienna. Due to the pandemic, a fall 2020 exhibition that had been planned for the Allen Memorial Art Museum will be rescheduled. The Oberlin exhibition is the most comprehensive of the tour, comprising more than 70 works on paper, materials from the Eva Hesse Archive, and the 1966 sculpture Laocoön.

Oberlin Drawings is available on the Allen’s website for $70, which includes shipping. Extensively illustrated, the publication features essays by Andrea Gyorody, Briony Fer, Gioia Timpanelli, Manuela Ammer (mumok), and Jörg Daur (Museum Wiesbaden), as well as a preface by Charash and a foreword by Andria Derstine, director of the Allen.