Artist and MacArthur “genius” grant recipient Fred Wilson has created two exhibitions—one of works that he made or fabricated, and one drawn from the collection of the Allen Memorial Art Museum—that explore themes of race, time, memory, and meaning. Both call on viewers to reconsider the historical narratives typically disseminated by scholars and museums. On view through June 12, 2017, both are free and open to the public.

Wilson has been making trips from New York to Oberlin, Ohio, for more than a year in preparation for his installation Wildfire Test Pit in the museum’s King Sculpture Court. Questions about the politics of erasure and exclusion come to the fore in the exhibition, in which AMAM works (and others on loan from local organizations) are juxtaposed and re-contextualized in unexpected ways. Wilson’s collaborations with museums and cultural institutions began in 1992 with his acclaimed Mining the Museum exhibition at the Maryland Historical Society. He has since created site-specific installations throughout North America, the Caribbean, Europe, the Middle East, and Asia. 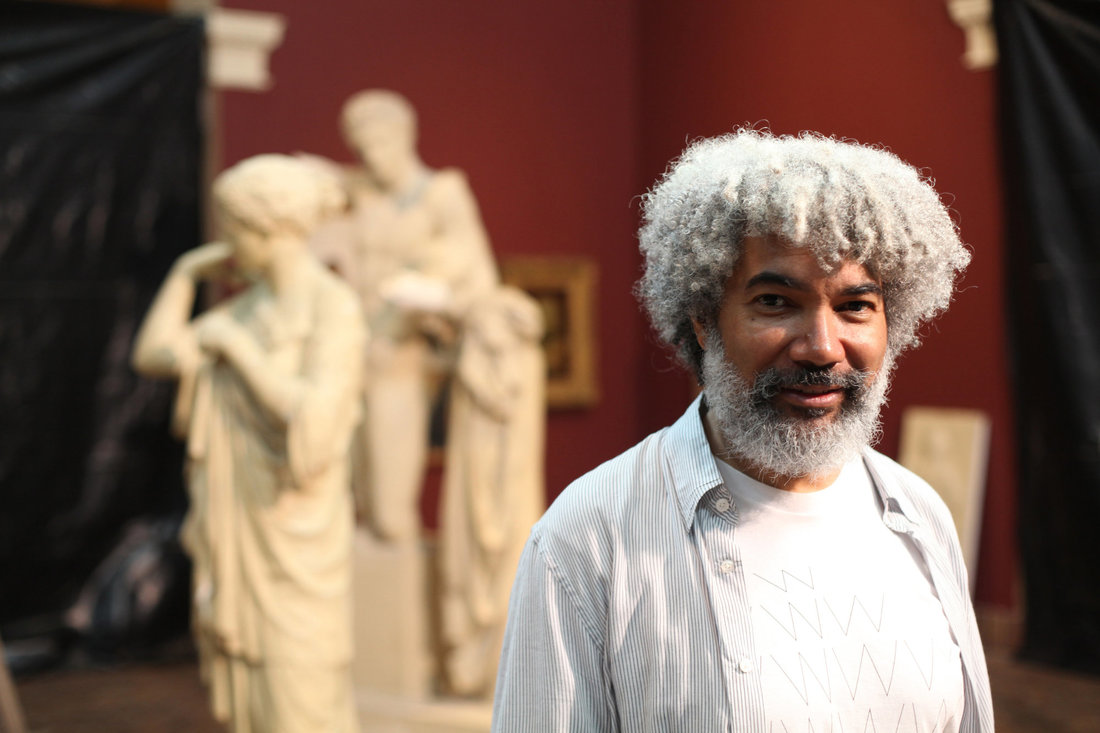 In Wildfire Test Pit, Wilson asks the question: what is important for us to remember? A primary inspiration is the life of 19th-century sculptor Edmonia Lewis, who briefly attended Oberlin College but left in the wake of unfounded rumors. Although she later achieved success as an expatriate in Rome, until recently Lewis’s gravesite and the whereabouts of some of her most important works were unknown. Prompting viewers to consider artistic legacies that have been obscured and distorted by the passage of time, the exhibition functions as an illusory setting of ruin and redemption. With its emphasis on uncovering marginalized art histories, Wildfire Test Pit coincides with the Allen’s focus on the concept of time in many of its programs and exhibitions during 2016–17. 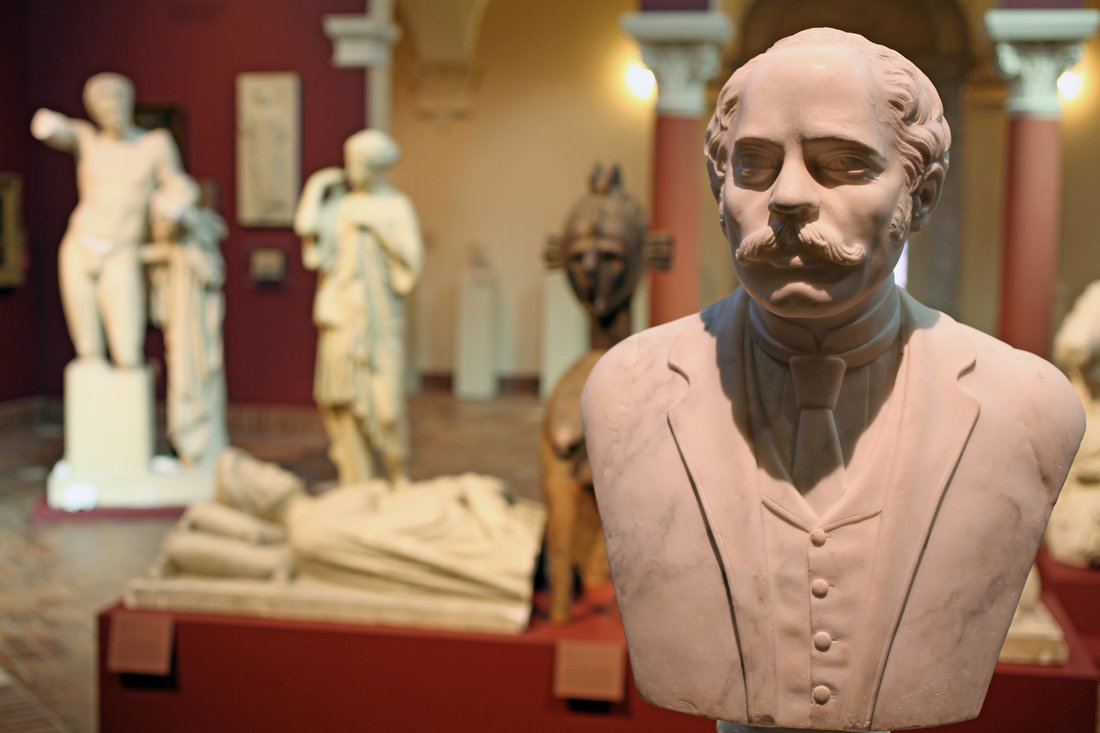 In the Ellen Johnson Gallery, Fred Wilson: Black to the Powers of Ten features works by the artist dating from 2003 to 2014. He represented the United States at the Venice Biennale in 2003, and while in Italy he worked with traditional glassmakers to make black versions of 18th-century forms such as chandeliers and mirrors, highlighting the color in relation to its divergent signifiers—race and mourning. Working with glassblowers in Seattle since 2001, Wilson has created a vocabulary of black glass “drips,” an ongoing series seen in the Oberlin exhibition. 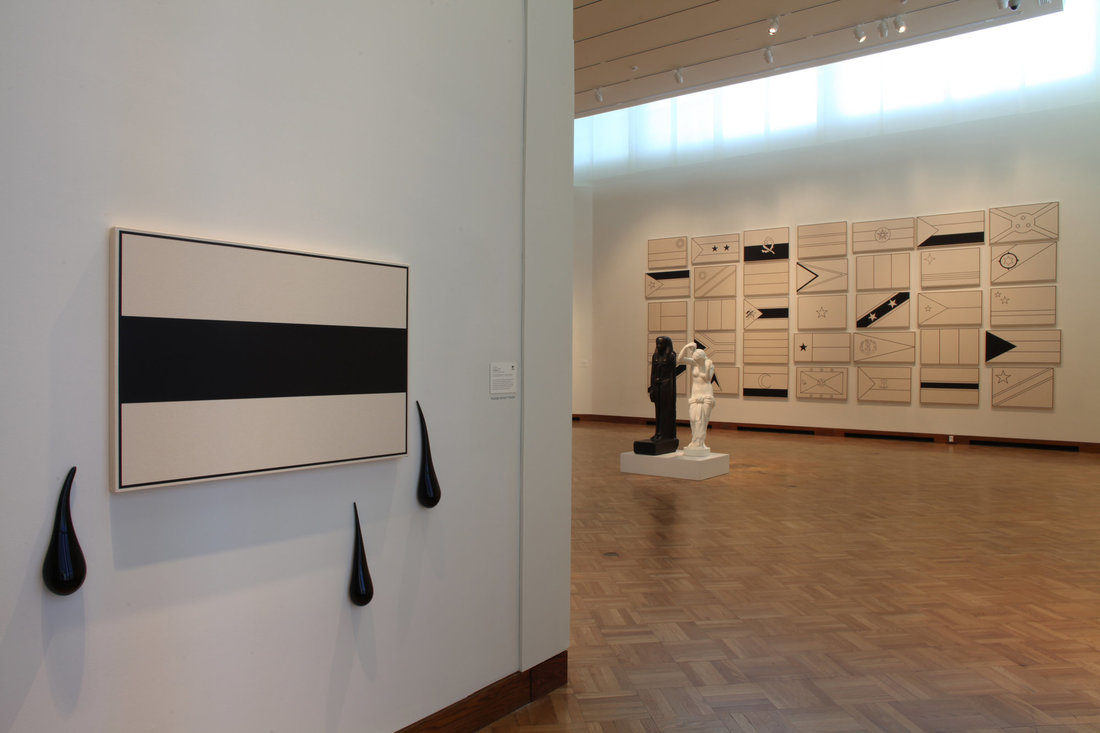 In addition to Wilson’s glass works, the exhibition includes paintings, sculpture, and a video, all of which challenge assumptions about history, culture, and display practices. For example, a series of flag paintings, characterized by an absence of color, asks viewers to think about nationhood and representation. In a series of prints, inky spots are in some cases accompanied by texts spoken by black characters as conceived by white writers of classic literature. The video September Dream, shown at the 2003 Venice Biennale, offers an alternate viewing of Shakespeare’s Othello, evoking themes of violence, along with nostalgia for the world prior to September 11, 2001.