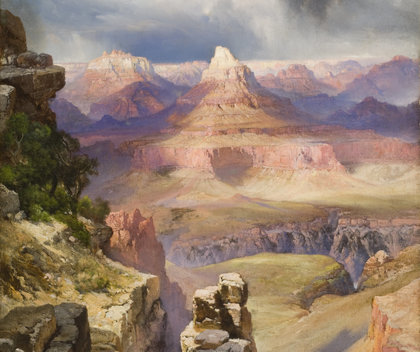 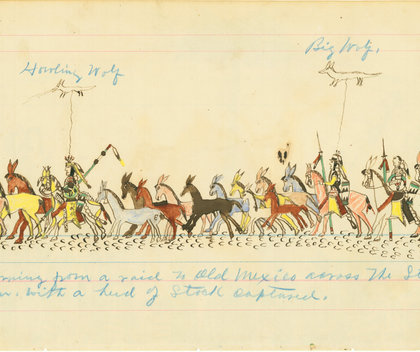 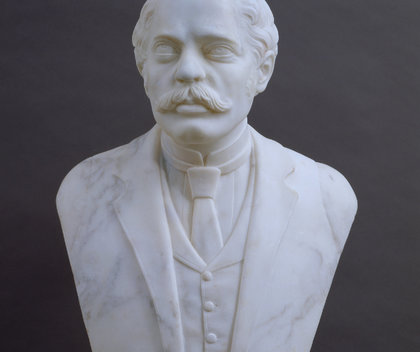 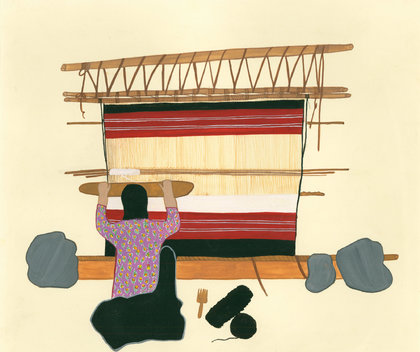 This exhibition draws from the AMAM’s collection of American and European art to explore how works produced in the late 1800s and early 1900s encapsulate real and imagined encounters with people and places.

Beginning with ledger drawings by Howling Wolf in the 1870s and continuing on to works produced at the Santa Fe Indian School in the 1930s, we see how Euro-American artists and entrepreneurs fabricated carefully mediated and controlled opportunities for Indigenous artists to create artwork for white audiences. Railroad advertisements from the 1920s and 1930s similarly repackaged Indigenous histories and identities to promote the fantasy of the American West as an empty place waiting to be filled by tourists’ desires. In contrast, the appearance of Indigenous Americans in Europe, such as Edmonia Lewis, allowed for American expansionist myths to be performed as a spectacle that blurred the distinctions between fact and fiction.

Objects of Encounter reveals how works of art became signifiers not only of a specific moment or experience, but also contributed to the construction of a broader American mythology of place.