Inches Away, The Heavens Open: Blue and Green Landscapes from the AMAM Collection

Inches Away, The Heavens Open: Blue and Green Landscapes from the AMAM Collection 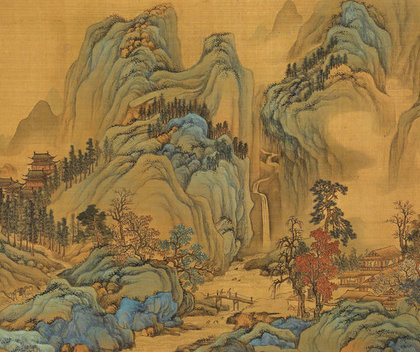 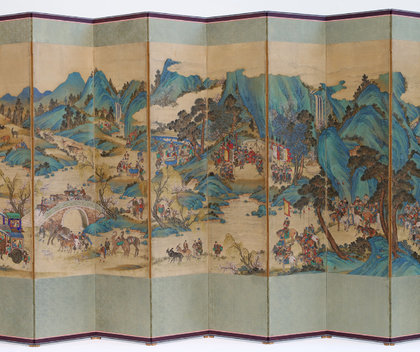 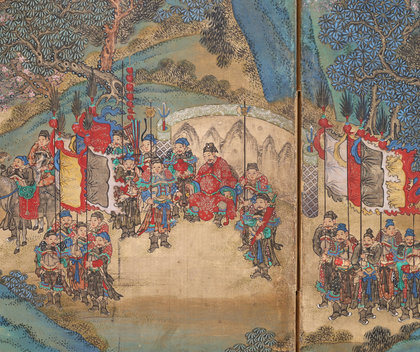 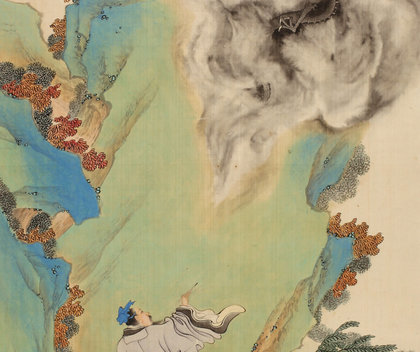 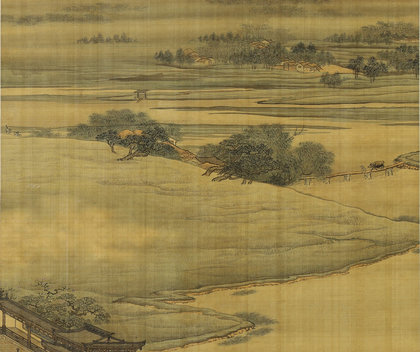 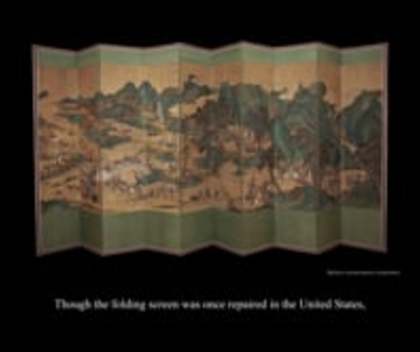 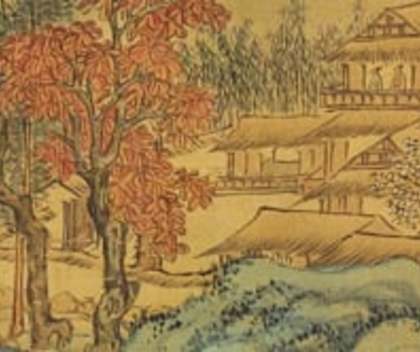 Inches away, the heavens open
Just above the trees;
Writhing, meandering, 10,000 gullies
Rise from your eyebrows!

Escape! For more than 2,000 years, during times of social upheaval and political jeopardy, many philosophers, poets, and artists in China, and later in Korea and Japan, dreamt of escape from these dangers and expressed it in their art and writing. To them, escape could be found in retreat to a solitary hermitage or remote temple, or even in dreamlike visions of an idealized utopia. One form of landscape painting in particular brought these imagined worlds to life. It was known as the Blue and Green landscape mode (Qīnglǜ shānshuǐ 青綠山水), represented here in large, immersive screens and vertical hanging scrolls, as well as smaller, intimate horizontal handscrolls designed for an individual to slowly unroll and explore.

Prior to the 20th century, thinkers in East Asia who imagined a better world often looked to idealized ancient times for models, a concept known as “return to the past,” or fùgǔ 復古. Because rich blue and green pigments were used frequently in early Chinese paintings, these colors were used by later painters to suggest those ancient times. In the Blue and Green landscape tradition, these colors evoked—maybe even invoked—a perfected world of the past, with mountains, streams, paths, and pavilions that could be visited in a painting just inches from one’s eyes and that offered escape, if only for a moment. But in late imperial China of the 17th to 19th centuries, this escapism had another dimension: the magical worlds and figures seen in these paintings also stood in for the private gardens and literary gatherings of the wealthy.

Experience these works with music and poetry read in English and Chinese by Oberlin College students in the Allen App.

Watch: A Royal Outing: Conservation of the AMAM’s Folding Screen

Re-Discovery of the Screen of A Royal Outing

This presentation will introduce a recently conserved ten-panel folding screen titled A Royal Outing in the current exhibition Inc... 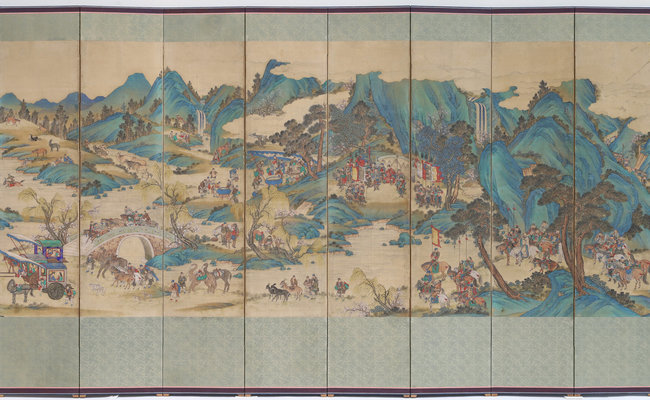 An Evening of Traditional Chinese Music

In conjunction with the exhibition Inches Away, The Heavens Open, three Cleveland area musicians will perform with traditional Chi... 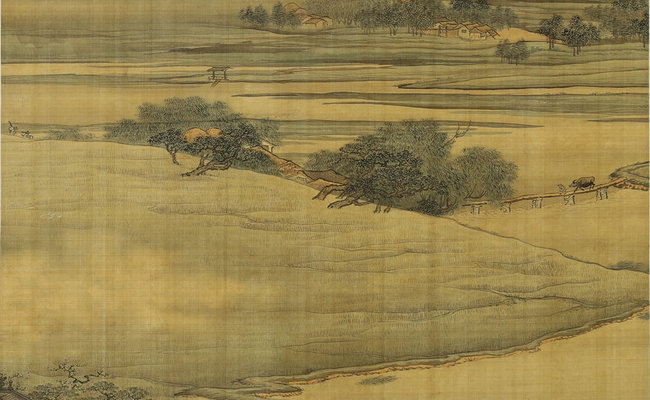