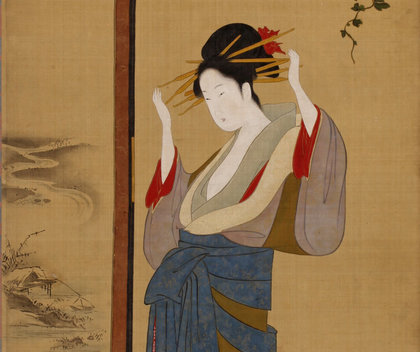 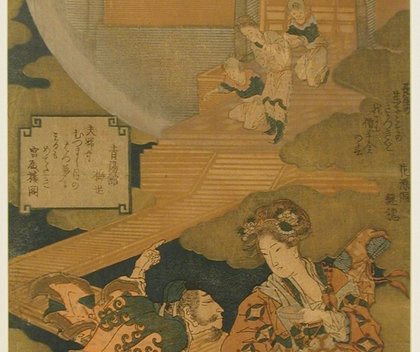 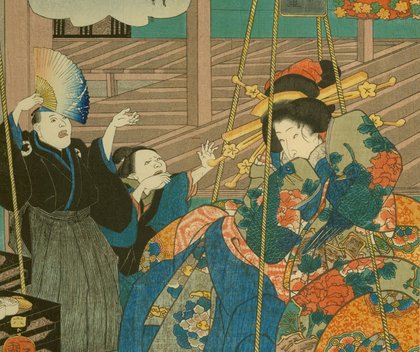 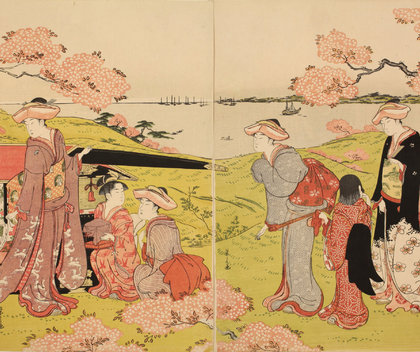 In the genre of Japanese art known today as “pictures of beauties,” or bijinga, the subject seems self-evident: images of beautiful women. The 25 works in this exhibition call that assumption into question, interrogating the origins, reception, and evolution of these pictures from the 18th to the early 20th centuries.

Developed in Japan during the Edo Period (1615–1868), bijinga were created for the vibrant realm of popular entertainment known as the “floating world,” or ukiyo, which included theaters, restaurants, tea houses, brothels, and other attractions. Central to the floating world was the entertainment district known as the Yoshiwara, an area in Edo designated for licensed prostitution.

A place of extremes, the Yoshiwara was home to a rich culture of literature, poetry, and visual and performing arts, and represented a subversive, alternative world of status in a period of rigid social hierarchy. Yet, by today’s standards, the district was also a space for the brutal exploitation of women and young men in a system of indentured sexual servitude. The origin of beauty pictures is similarly conflicted; these works were richly imagined by master artists and craftsmen, but, as advertisements for this floating world, were fully complicit in its harsh realities.

As Japan industrialized and became a global power in the late 19th and early 20th centuries, artists adapted to changing markets both inside and outside of Japan. The newly designated art genre of pictures of beauties seemingly moved from promoting the commodification of women’s bodies to simply objectifying them for visual pleasure. But a more complex role for bijinga—one that reflected both women’s inner lives and their evolving roles in modern Japan—can be found in the frontispieces, or kuchi-e, made for popular novels and literary magazines.

Sponsored by an Asian Arts & Culture Initiative Grant from the Freeman Foundation, and dedicated to the memory of collector and AMAM donor Douglas Barr.