Do It Again: Repetition as Artistic Strategy, 1945 to Now

Please contact the Education Department at 440.775.8671 for more information.

Do It Again: Repetition as Artistic Strategy, 1945 to Now 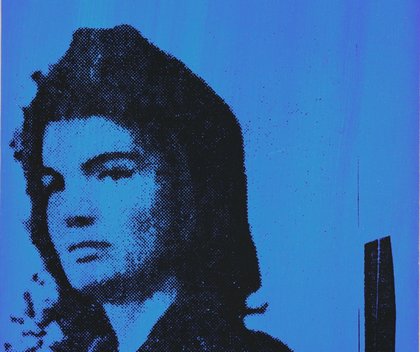 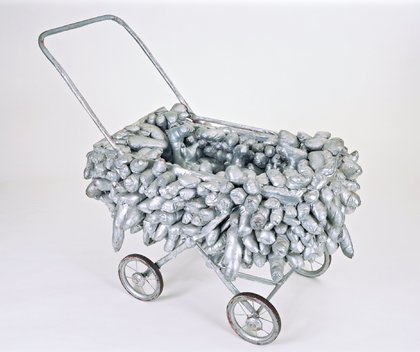 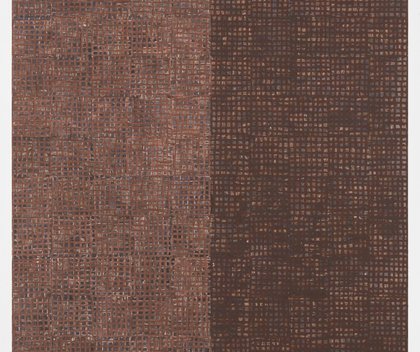 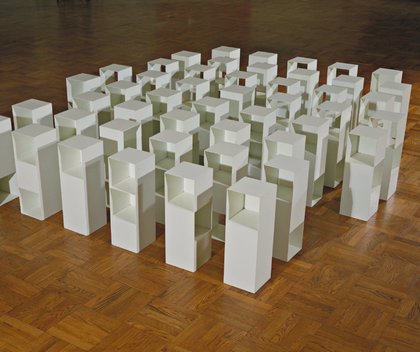 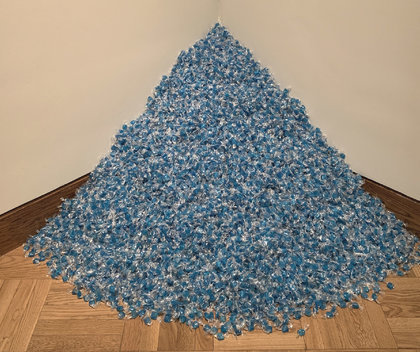 Formal and conceptual repetition abound in works of modern and contemporary art in the AMAM collection, from Agnes Martin’s impeccably drawn grids to Andy Warhol’s blown-up Brillo boxes, Sol LeWitt’s Minimalist cubes, and Yayoi Kusama’s phallus-laden baby carriage. In these works, repetition goes by many names: accumulation, appropriation, copying, imitation, obsession, pattern, proliferation, recontextualization, recurrence, reenactment, remixing, replication, reproduction, return, rhythm, ritual. Repetition can be a form of discipline or, paradoxically, a method for experimentation; for many artists, it is a way of exhausting an idea or exorcising an experience. Divergent in motivation and effect, these works are united and illuminated by one truth: a thing repeated is never precisely the same.

This romp through the collection, which features more than 40 works across mediums, takes as its starting point Felix Gonzalez-Torres’s “Untitled” (Revenge), from 1991, currently on loan to the museum from a private collection. One of the artist’s so-called “candy spills,” the work touches on critical sociopolitical issues of the last 30 years, in addition to defining features of postwar art and culture—among them, repetition as an artistic strategy.

“Untitled” (Revenge) consists materially of the accumulation and arrangement of identical candies, while its foundational concept allows the work to manifest in more than one place at a time. Like a musical score interpreted anew each time it is played, “Untitled” (Revenge) also allows for difference from one iteration to another, challenging assumptions of sameness and consistency. Not coincidentally, the invocations of repetition central to the work relate to the much broader discourse around notions of originality and uniqueness in modern and contemporary art, which have been treated with skepticism or dismissed altogether by artists and critics since the early 20th century.

Additional highlights of the exhibition include monumental paintings by Ad Reinhardt and Frank Stella, a replica bronze chair by Scott Burton, Kiki Smith’s plaster cast of a pregnant belly, and a number of recent acquisitions, notably a work from McArthur Binion’s gridded “DNA” series and an impeccable Photorealist painting by Venezuelan artist Juan Araujo, which was shown at the Weltzheimer/Johnson House in 2018 as part of the inaugural FRONT Triennial.

The Mindful Meditation series continues, virtually, on the fourth Thursday of the month, through May. In this session, clinical th... 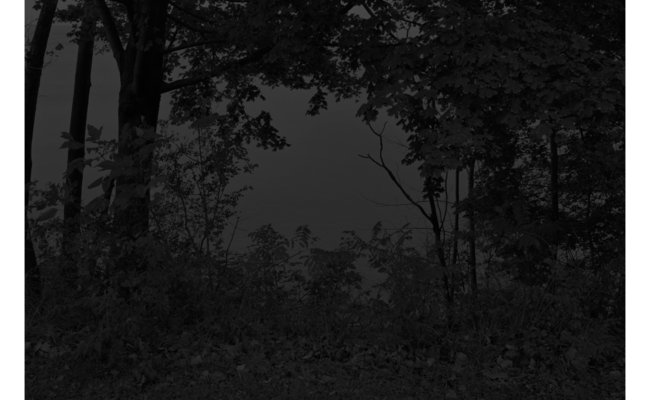