Barbara Bloom in Context: Works from the Pictures Generation

Barbara Bloom in Context: Works from the Pictures Generation 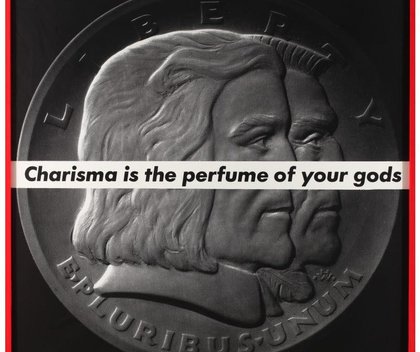 Do images merely describe the world around us, or do they determine and shape our experience of it? That question underscores many of the works produced by the so-called Pictures Generation, a loose group of conceptual artists that formed in the 1970s around both a shared skepticism of representation and a retreat from the self-reflexiveness, formalism, and medium-specificity associated with modernism.

Douglas Crimp, who curated a 1977 show called Pictures, was the first to theorize this new artistic position, arguing that, “while it once seemed that pictures had the function of interpreting reality, it now seems that they have usurped it.” Drawing on the precedents offered by Marcel Duchamp’s “readymade” (an object purchased from the store rather than created by hand) and Pop art (which borrowed readymade images from popular culture), the Pictures artists turned to mediums closely associated with representation—namely film and photography—to expose the ways in which we are surrounded by pictures and yet rarely register their effects.

This exhibition of more than 30 works from the collections of the AMAM and the Clarence Ward Art Library by artists John Baldessari, Barbara Kruger, Louise Lawler, Sherrie Levine, Richard Prince, Cindy Sherman, Philip Smith, and others, accompanies the museum’s current installation by Barbara Bloom, THE RENDERING (H x W x D = ), which was commissioned for the AMAM in conjunction with FRONT International: Cleveland Triennial for Contemporary Art.

While Bloom’s work tends to be more literary, research-based, and object-centric than that of her peers, it often taps into the foremost concerns associated with the Pictures Generation: the role of context; strategies of display; interactions between text and image; the transformation of objects into images, and vice versa; and the psychology of the image.

Bloom’s work also responds to what Crimp calls the “diffuse and undifferentiated array of pictures” that defines our present reality and, importantly, the associative structure of our dreams. This exhibition of works from the Pictures Generation complements and complicates Bloom’s installation, opening up various avenues toward understanding what THE RENDERING—of images, objects, and architectural space—might mean.