Maidenform to Modernism: The Bissett Collection

Maidenform to Modernism: The Bissett Collection 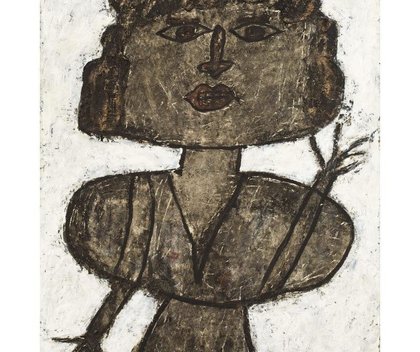 Enid and Joseph Bissett were among the most important donors to the collection of the Allen Memorial Art Museum, giving 24 artworks during the 1950s and 60s. Their impressive gift, which includes works by Marc Chagall, Jean Dubuffet, Raoul Dufy, Alberto Giacometti, Henri Matisse, Joan Miró, Amedeo Modigliani, Pablo Picasso, Horace Pippin, Georges Rouault, Alfred Sisley, and Max Weber, is displayed with archival material and correspondence, including letters that testify to the close friendship of the Bissetts with artist Jean Dubuffet.

Joseph had been a vaudeville performer in the early years of the 20th century, and he and Enid had performed together as ballroom dancers and entertainers. In the 1920s in New York City, Enid, along with her partner, Ida Rosenthal, cofounded the Maidenform company, which enjoyed international success. In the 1930s, the Bissetts began collecting art. Their gifts to the AMAM form the core of the museum’s holdings in European modernism, and fulfill the Bissetts’ wish that these works would further the education of students in an academic setting.

The exhibition was curated by Andria Derstine, John G.W. Cowles Director, who gratefully acknowledges the support of an H.H. Powers grant from Oberlin College; the Brown Foundation Fellows Program at the Dora Maar House, part of the Museum of Fine Arts, Houston; and the staff and archival resources of the Fondation Dubuffet in Paris and the Morgan Library & Museum in New York City.