Closed to the Public

Open only to visitors with an Oberlin College ID who participate in the college's testing program.

The museum promotes study and interaction with original works of art.

Museum facade with the Katharine Wright Haskell Fountain in the foreground. Photo by Walter Nowak

The museum promotes study and interaction with original works of art.

Museum facade with the Katharine Wright Haskell Fountain in the foreground. Photo by Walter Nowak
In this section...

Founded in 1917 on the campus of Oberlin College, the Allen Memorial Art Museum is recognized as one of the best academic art museums in the nation. Museum admission has always been free for everyone.

With significant collections that belie its intimate setting, the Allen holds more than 15,000 works of art spanning 6,000 years. The collection is encyclopedic, featuring works from many of the world’s cultures. Notable strengths include American, Asian, European, and global modern and contemporary art, as well as significant collections of African, ancient, Islamic, and Native American art. The museum is also proud to conserve the archives of the artist Eva Hesse, and to oversee public programs at the Weltzheimer/Johnson House, a Usonian-style house designed by Frank Lloyd Wright.

The museum’s mission has always been to encourage study and appreciation of original works of art of the highest quality as an indispensable part of a liberal arts education. The AMAM embraces its role as a teaching museum and a vital resource for the students, faculty, and staff of Oberlin College and its Conservatory of Music. The Allen also serves schools and the general public throughout Lorain County and northeast Ohio, as well as national and international audiences. Through acquisition, preservation, exhibition, and interpretation of its collection, museum staff serve a broad public, encourage multidisciplinary inquiry at the college, and promote the use of art to inspire a deeper understanding of our world.

Oberlin College was founded in 1833 as the first coeducational college in the United States, and in 1835 became the first to adopt a policy to admit African American students. The college received numerous gifts of art—even entire collections—in the 19th century and early 20th centuries. This led surgeon and alumnus Dr. Dudley Peter Allen (OC 1875) and his wife, Elisabeth Severance Allen (later Prentiss) in 1914 to join President Henry Churchill King and architect Cass Gilbert in planning for an art museum. The following year, Dr. Allen unexpectedly died, but Elisabeth, heiress to a Standard Oil fortune through her father, Louis H. Severance, carried the project forward in memory of her husband. The Dudley Peter Allen Memorial Art Museum opened to the public on June 12, 1917.

Many illustrious art historians have served on the museum staff, including early directors Clarence Ward and Charles Parkhurst, both of whom were also faculty members of the college’s Department of Art. Additionally, art history professors Wolfgang Stechow and Ellen Johnson were both named honorary museum curators. Johnson, an Oberlin alumna who started her career in the art department as a librarian, in 1940 started an art rental program for students and the broader community. The program thrives today, providing an opportunity twice each year to choose original works of art to adorn one’s dorm or home.

Significant gifts of both artworks and funds from Oberlin College alumni have enabled the AMAM collection to grow substantially in size and quality. Starting from a small group of plaster casts and works primarily from the 19th century, the collection began to encompass excellent European Renaissance and baroque paintings, ancient and African works, and a wide range of works on paper, including a significant group of Japanese ukiyo-e prints, the latter a bequest of collector Mary Ainsworth (OC 1889).

In the 1950s the museum increased its commitment to contemporary art, regularly inviting young artists to exhibit. In subsequent years they included Richard Diebenkorn, Jim Dine, Eva Hesse, Joan Mitchell, Robert Motherwell, Claes Oldenburg, Robert Rauschenberg, and Frank Stella, among others. In the 1990s the museum made a concerted effort to acquire works by African American artists. The museum’s longstanding commitment to diversity has been enhanced through its curators’ and directors’ continued emphasis on acquiring works by, and presenting exhibitions and programs with, artists who represent the multiplicity of our world.

The Allen Memorial Art Museum is accredited by the American Alliance of Museums.

A Message from the Director 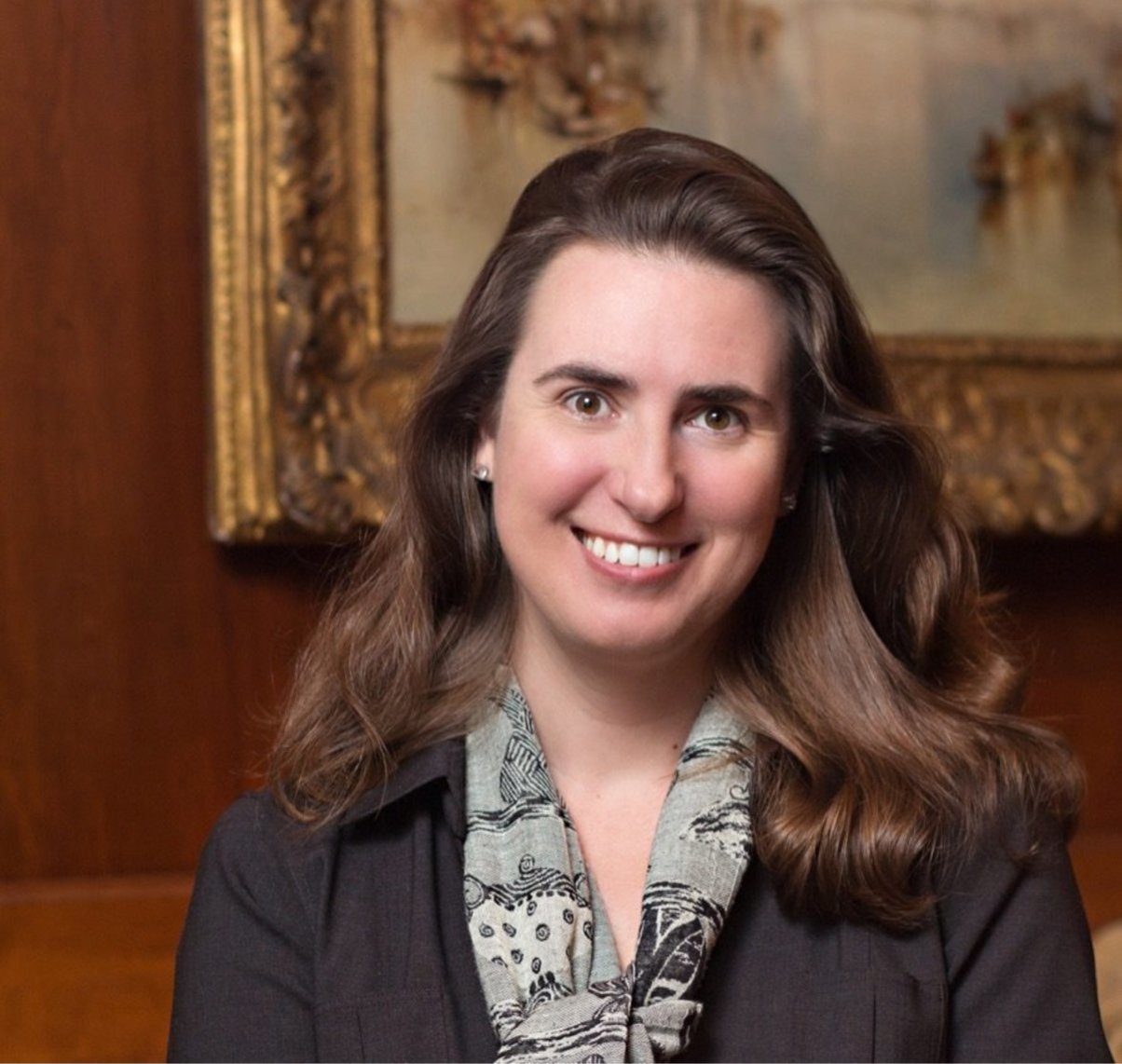 Our world has changed in profound ways in the past several months. All of us at the AMAM want to express our sympathy to those who are dealing with negative health consequences from the coronavirus, those who continue to suffer from the many effects of systemic racism and injustice, and those who are experiencing financial hardship. We believe passionately in the power of art to educate; we also know that it has power to heal and sustain, and can provide solace in the most challenging of circumstances.

Thus it is difficult that we cannot welcome you back to the museum at the present moment, as, ideally, we would wish to do. But to best support the health of our communities, these times demand caution, and so, in concert with guidance from Oberlin College, we are entering a phased reopening process. On August 25, we opened by appointment to holders of Oberlin College IDs, and on September 8, we began to provide regular, limited, hours to them. We hope to be able to open more broadly to you, our members and supporters, and to the general public, in the coming months. The Frank Lloyd Wright-designed Weltzheimer/Johnson house is also temporarily closed. We will update you about any changes to our admission policy through our website and social media channels.

Since we closed the museum in mid-March, AMAM staff undertook heroic efforts to continue their robust support of the college curriculum and to offer an array of virtual public programs using digital channels. This continues today, as college classes resume, and as we look to connect with you through online events and posts. We have been using our changed circumstances to consider how we can serve you better, and will soon launch a new website, a virtual museum tour, and a new, cell phone-based audio guide. We hope these technologies will keep you close to, and inspired by, the AMAM’s remarkable collection, no matter where you find yourself.

Oberlin students and alumni are the lifeblood of the museum, and we are profoundly sad to have lost several good friends—each of whom made significant contributions to the museum’s collection—recently. I was fortunate to get to know Christie Campbell ’52, J. Richard “Jud” Judson ’49, and Al McQueen ’52, and to hear from them about the ways Oberlin and the amam positively affected their lives. In the following pages, you can read more about Christie—whose bequest included the first Joseph Albers painting to enter the collection—and Jud, who helped secure one of our most important collections, that of his uncle and aunt Joseph and Enid Bissett.

A sculptural relief by the Nigerian artist Lamidi Fakeye, which depicts a Yoruba priest and mothers with ritual offerings, is one of five African works we recently received as a generous bequest from Professor McQueen, who passed away in May 2019. He was instrumental in founding the college’s Africana studies department, and we are grateful for his gifts, which expand our collection of works by African artists of the 20th and 21st centuries. Al’s cheerful presence on campus and at Kendal at Oberlin will be greatly missed.

As visitors to the museum, you, too, are greatly missed. We look forward to welcoming you back when we can. In the meantime, please stay safe and well.

The Allen Memorial Art Museum stands in solidarity with communities of color in affirming a belief in justice and equality for all, and in condemning racial injustice. Oberlin College President Ambar has recently announced an initiative to address these issues, and the museum staff look forward to partnering in this with her, with our colleagues, and with our broader community.

I had the honor of spending time with Darren Walker, president of the Ford Foundation, and Lonnie Bunch, then the director of the National Museum of African American History and Culture and now secretary of the Smithsonian, during Oberlin College’s 2017 commencement. At that time, each received honorary degrees, and Walker delivered the address, marking the AMAM’s centennial. Their powerful public statements in recent days on the killing of George Floyd, and of many others, are uplifting calls to action, and for change.

In the museum world, our work is accomplished with and through art. Art has the power to demonstrate, to communicate, to educate, to help, and to heal in difficult and painful situations. The staff and I look forward to welcoming you back to the museum, a site where we can collectively reflect upon and engage in conversations about societal challenges, including racial injustice and inequality, and together work to effect that needed change.

Our group events have gone away for now

But you can check out one of our podcasts featuring the most renowned works in the AMAM collection.

Your support makes a difference. Learn how you can become a museum member, donor, or volunteer.